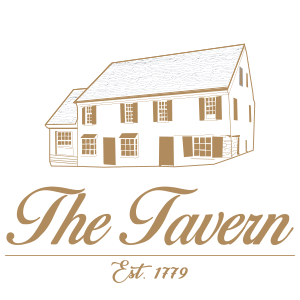 The Tavern, the oldest of Abingdon’s historic buildings and one of the oldest west of the Blue Ridge, was built in 1779. It was used from its beginning as a tavern and overnight inn for stagecoach travelers. The Tavern has held such guests as Henry Clay; Louis Philippe, King of France; President Andrew Jackson; and Pierre Charles L’Enfant, designer of Washington D.C. The First post office on the western slopes of the Blue Ridge Mountains was located in the east wing of The Tavern. The original mail slot is still in place and can be seen from the street.

During the past two centuries, The Tavern has served as a tavern, bank, bakery, general store, cabinet shop, barber shop, private residence, post office, antique shop and restaurant. It even served as a hospital for wounded Confederate and Union soldiers during the Civil War. In addition, The Tavern is home to the oldest bar in Virginia and is one of the oldest in the United States. In 1965, The Tavern was acquired from the Thaddeus Harris Family by Mary Dudley Porterfield, wife of the founder of the Barter Theater. The Harris family had owned The Tavern for more than 100 years. In 1984, The Tavern was restored to its former glory by local attorney Emmitt F. Yeary. In 1994 it was opened under the management of Max Hermann who moved to Abingdon in 1993 after having served twenty years with the United States Air Force. Max is a native German. The Tavern is now run by Josh Fuller an Abingdon local and long time General Manager of Max Hermann.

The Tavern today and its future

I hope to bring intercontinental touch to The Tavern, but at the same time still preserve its history. During your visit you can see a little of what I have collected in my extensive travels around the globe. My goal is to make The Tavern a place where you can relax and enjoy fine food, be it with your family or friends in our courtyard or hearth areas. Please feel free to tell me how we are doing. You are the customer. The Tavern belongs to you. Thank you for visiting The Tavern and I hope to see you again.

The Tavern has become a favorite among local corporations for their business entertainment. Our corporate guests enjoy entertaining their business
associates in our lovely courtyard, our balcony or next to one of our fireplaces. Additionally they use our private dining rooms for large meetings or whenever audio-visuals are necessary. The Tavern strives to make its corporate guests as comfortable as possible and to make their meetings run smoothly.

Reservations are not required but recommended.